In 1982, after one such fire that began in Dayton Canyon, Buddy Ebsen, a long-time resident of Liberty Canyon, called the community to action. Through the tireless efforts of Buddy, his daughter Cathy, friend and fellow actor Allen Emerson, a cadre of volunteers was formed to assist law enforcement and fire authorities in the prevention of these enormously destructive fires. Allen Emerson, a resident of Topanga for 37 years, helped form ARSON WATCH while serving on the Topanga Town Council. Over the years, Emerson served as the coordinator for all the teams that cover the areas of Topanga, Calabasas, Agoura, Cornell, Seminole Hot Springs and Malibu. The teams, composed of unpaid volunteers, patroled the Santa Monica Mountains looking for signs of fire and reported any sighting, warnings and vital information to the local Sheriff's Station, Fire Department, California Highway Patrol and other local officials. The organization relies on contributions for the purchase of radios and other equipment in order to operate.

Today, more than reactive, volunteers of all ages and background continue to patrol the Santa Monica Mountains during periods of extreme fire weather conditions. They cover an area over 185 square miles, logging somewhere between 2,500 and 4,000 total volunteer hours. These ARSON WATCH Volunteers use their own vehicles (identified by magnetic ARSON WATCH signs) and two-way radios (donated by FAWDS, Inc.).

As many as 60 calls per season are passed on to public safety agencies. In the 18 years that ARSON WATCH Volunteers have been on patrol, only one major fire has been started in the Topanga/Malibu area. It was an ARSON WATCH volunteer who reported the Old Topanga Canyon/Malibu Fire in November I993.

During the I993, 1996, and 2018 wildfires, ARSON WATCH Volunteers assisted the Sheriffs Department and the Highway Patrol with traffic control. They also provided information to the Fire Department, Sheriff's Department, Highway Patrol, Topanga Emergency Operations Center and the Topanga Coalition for Emergency Preparedness.

Danger from natural disasters will only increase in the future as the population density grows in the Santa Monica Mountains. Early warning and deterrence are the most effective ways to deal with the constant threat of fire danger. ARSON WATCH volunteers are committed to doing their part by continuing their diligent patrols and persisting in their disaster preparedness efforts.

The tragedy of catastrophic fires has been a continuing problem for the citizens in the Lost Hills/Malibu Sheriff's area. Most of these fires have historically been caused by human behavior during the high risk periods of Santa Ana winds creating Red Flag conditions. 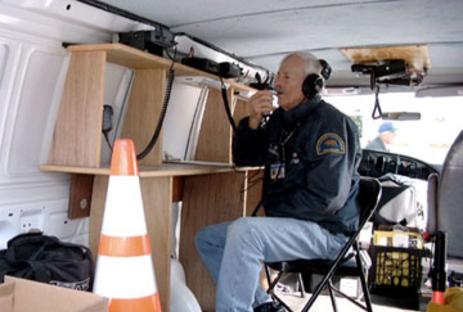